Engobed brick finishes can be achieved by a number of methods such as dipping fired bricks in a bath of cementing solution, or spray application of liquid clay engobe before firing the bricks in the kiln to achieve the desired finish.

The finish of the Karma Brick Range is quite unique when compared with other aesthetics achievable in brick manufacturing. The ‘painted brick’ effect is achieved by immersing the base bricks in a bath of cementitious engobe commonly known as ‘cementing’ the bricks. This finish is guaranteed as part of the brick due to the chemical bond that occurs between the clay body of the brick and the cementing solution. This chemical bonding effectively binds the materials as one so the engobe will not delaminate from the bricks.

Typically, these ‘cemented’ bricks will arrive on site slightly damp due to the absorption of moisture from the dipping process. This results in the bricks appearing slightly darker than the intended finish and also makes the cementing solution appear slightly translucent. The same also applies to spray engobed bricks as they become damp from taking on moisture from the mortar during construction. This is nothing to be concerned with and the bricks will dry out once exposed to the atmosphere resulting in the desired finish as shown in the example before & after images below.

As with any clay facing brick manufactured to the European Standard engobed & cemented bricks guarantee one good stretcher and one good header face. When laid in accordance with good site practice, spinning appropriately for the better face with softmud bricks, this will achieve the best possible finish.
The body colour of the base bricks are typically buff or brown and where the bricks display chipping or scuffing, this colour can be visible. With softmud bricks, any bricks that show the body colour should be orientated to show the best face available. With extruded wirecut bricks any obvious chipping larger than a thumbnail should be discarded as waste.

Industry guidelines allow for a reasonable wastage factor of 5% for clay facing bricks. This percentage allows for any slight discrepancies caused during production and any damage caused to the bricks during transport from factory to site. The high quality of engobed bricks ensures that they still meet this expectation.

If a brick were to become damaged in situ, or chipped bricks have been mistakenly laid exposing the body colour of the brick, the site operatives will be able to remedy this by post-applying engobe to the affected bricks. Engobe solution can be provided in small quantities by the factories for this if required. 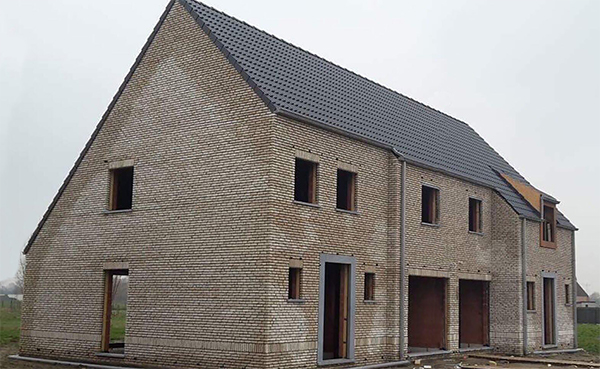 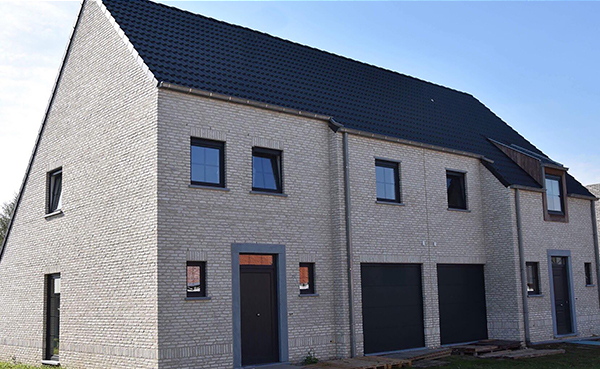 Engobed brick finishes can be achieved by a number of methods such as dipping fired bricks in a bath of cementing solution, or spray application of liquid clay engobe before the bricks are fired to achieve the desired finish.
These engobe solutions form a robust coating on the face of the bricks, which will stand the test of time, but to ensure the desired finish is achieved they must not be cleaned down with abrasive liquids/acids upon completion. A gentle clean with warm water and a soft bristled brush will remove any unsightly mortar stains leaving the engobe on the bricks intact.